The closest vote — 29 to 21 — was on Mayor Lori Lightfoot’s plan to raise property taxes by $94 million, followed by annual increases tied to the consumer price index.

After a string of uncharacteristic concessions, Mayor Lori Lightfoot muscled her $12.8 billion “pandemic” budget through the City Council on Tuesday by a margin more narrow than Chicago has seen in decades.

The vote on the budget itself was 29 to 21, a roll call made famous during the Council Wars power struggle that saw 29 mostly-white aldermen thwart then-Mayor Harold Washington’s every move. Aldermen love to have their cake and eat it too by voting for the budget but not for the revenue to pay for it.

This year, Lightfoot tried to call a halt to that political game. She warned members of the Black Caucus, “Don’t ask me for s—t for the next three years” when it comes to choosing projects for her five-year, $3.7 billion capital plan if they don’t support the property tax increase.

Shortly before 2 p.m., after nearly two hours of debate, Lightfoot thanked aldermen who voted for and against her budget.

“I hope what Chicagoans who were able to watch the City Council debate also understand is that you witnessed democracy in action. It is often messy, confounding and, at times, frustrating. But for me, it remains the best system of government in the world,” the mayor said.

As the debate began shortly before 11 a.m., Budget Committee Chairman Pat Dowell (3rd) defended a budget that was a bitter pill for aldermen and their constituents to swallow.

“No one wakes up in the morning wanting to raise taxes. … But unprecedented times call for tough decisions to be made,” Dowell told her colleagues.

“Faced with cutting essential workers or essential services versus a modest tax increase, the choice is clear. … This has been far from an ideal year. Don’t let a far-from-ideal budget obscure the fact that this budget is the best of our very limited options.”

Ald. Walter Burnett (27th) praised Lightfoot for the concessions she made and the flexibility she showed.

“I even recall speaking to you when you were at the hospital with your mother. … Each time someone pushed you hard, you went back to the drawing board and came up with something,” Burnett said.

Lightfoot responded to the compliment in a voice breaking with emotion.

“Thank you, Walter. You made me cry. You touched my heart,” the mayor said.

Sigcho-Lopez was the first to explain his opposition to a budget that, he claimed, was “rooted in regressive taxation” that would “hurt Black and Brown families.”

“I’ve seen what happens when our elected leaders use intimidation against the vulnerable instead of using their office to uplift the people they represent. But this continues to be the approach we see from the mayor,” Sigcho-Lopez said.

Martin said there were “multiple, preferable and realistic proposals that could have simultaneously avoided layoffs as well as a significant property tax increase” he fears “will displace some of our neighbors” as the pandemic continues to stress household budgets.

“I have very deep reservations about locking in our reliance on property taxes in such a dramatic way without first having a more public conversation regarding realistic plans for closing Chicago’s structural deficit. Nor do I support committing Chicagoans to an annual CPI increase without making substantial, concurrent progress on progressive revenue options that can offset the burden our residents will continue to bear,” Martin said.

Ald. Rossana Rodriguez-Sanchez (33rd) called Lightfoot’s decision to eliminate 614 police vacancies an inadequate response to a “summer of historic protests for justice and against police brutality and disinvestment in our communities.”

“We’re voting on a budget that continues to prioritize policing with a $1.7 billion budget over all other services to support our communities. A budget that continues throwing money at an institution that has demonstrated itself to be resistant to reform and that has cost us more than $1 billion in the last decade in misconduct lawsuits and servicing debt to pay those lawsuits,” Rodriguez-Sanchez said.

With the “pandemic raging” and the “economic situation worsening,” Rodriguez-Sanchez said more mental health issues and emergencies will surely follow.

“We got $2 million to split between two crisis response pilots. That’s not enough by any stretch of the imagination to even complete a planning phase for either pilot,” she said.

The most impassioned speech was delivered by Taylor, who told Lightfoot, “Don’t give me crumbs and tell me it’s cake.”

Taylor said she is “baffled by how we are OK” with a budget that raises fines, fees, gasoline and property taxes at a time of unprecedented economic hardship.

“Fifth-six dollars [in higher property taxes] to an elder in my ward? That’s her medicine for the month. Fifth-six dollars is food for a family in my ward per month. We’re talking about where the median income is $25,000. And this is what we do to folks in a global pandemic?” Taylor said.

“We take crumbs all the time when we could have had it all. … We could have gotten so much more. … Progressive is not taking away 600 already vacant positions in the police when 87% of the city said defund the police. Why can’t we tax the rich? We continue … taxing everybody else but the people who can actually afford it. … Our constituents — especially on the South and West sides — are looking at us like we’re crazy. They already can’t afford to live in this city.”

Lopez, one of Lightfoot’s most outspoken City Council critics, told his colleagues, “This is not just a fiscal vote, my friends. It’s a moral vote.” Chicago’s “humanity is at stake.”

“Where is our empathy? … 2020 has kicked our residents in the teeth, robbed and spat on them. Why is this City Council trying to justify harming them further for the next four decades?” Lopez said.

This year’s version is no different—even with increased taxes on property, gasoline and computer leases as well as a controversial decision to start issuing $35 speed camera tickets to motorists caught driving between 6 and 9 mph over the speed limit.

To eliminate a combined $2 billion shortfall for this year and next, the mayor plans to refinance $1.7 billion in general obligation and sales tax securitization bonds and claim $949 million in savings in the first two years.

That will extend the debt for eight years and return Chicago to the days of “scoop-and-toss” borrowing that former Mayor Rahm Emanuel ended, although not nearly fast enough for Wall Street rating agencies.

A $304 million tax increment financing surplus will create a $76 million windfall for the city. The budget also includes: $59 million by “sweeping aging accounts”; a $30 million raid on the city’s $900 million in reserves; and $54 million in savings by transferring the cost of pensions and crossing guards from the city to Chicago Public Schools.

For a mayor who famously claimed, “I don’t buy votes,” Lightfoot sure did a lot of wheeling and dealing to line up the 26 votes needed to approve the budget.

She canceled 350 layoffs in favor of borrowing against future revenues from the sale of recreational and medical marijuana and ordered five unpaid furlough days, only for those non-union employees with six-figure salaries.

She sweetened the pot for violence prevention by $10 million and set aside $2 million to test two alternate response pilot programs for emergency calls related to mental health emergencies.

She nixed plans to link eliminating carve-outs in the city’s Welcoming City Ordinance to the budget and pledged to honor that campaign promise by introducing a separate ordinance next month.

She recognized June 19 as a “day of observance” to commemorate the end of slavery in the United States but stopped short of declaring it a paid city holiday.

And she used her five-year, $3.7 billion capital plan to increase the value of the treasured aldermanic menu program from $1.32 million for each of the 50 wards to $1.8 billion.

Even after all of those concessions, there was still considerable resistance, even from the mayor’s closest City Council allies.

It will be interesting to watch whether Lightfoot creates a website, as she did last year, to shame those who dared to vote against the budget.

It will be equally worth watching whether she follows through on her threat to use the capital plan to punish those aldermen who tried to have it both ways by supporting the budget but opposing the revenue package.

Lightfoot savored her first budget victory by smoking a cigar, sipping a Scotch and welcoming her mother home for Thanksgiving.

The extended family dinner isn’t possible this year in the middle of Chicago’s second surge of coronavirus cases. But the cigar and Scotch are likely to be repeated after a hard-fought victory that won’t get any easier.

Next year, the city is facing a $430.6 million spike in pension payments.

And only $100 million has been set aside to cover more than three years of retroactive pay raises for Chicago Police officers even though the price tag for that back pay is certain to be triple or even quadruple that amount.

“Are we gonna borrow for that and kick that down the road? Ladies and gentlemen, we are becoming the next Detroit,” Beale said.

Lightfoot agreed Chicago has “many challenges and many roads ahead” that she and aldermen “need to walk down the path together … This is not the end. This is the start of a series of things that we must get done on behalf of the people in 2021 and beyond.” 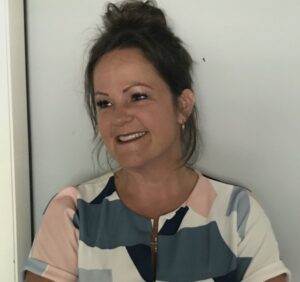 The counting of absentee ballots has been concluded. In the Cook County Board of Review race (1st District), Tammy Wendt (D) has defeated the incumbent Dan Patlak (R). Congratulations to Ms. Wendt.

The proposal to amend the Illinois constitution,  in effect ending a flat state income tax, has been defeated.

The race for Cook County Board of Review (1st District) is inconclusive with many mail-in ballots to be counted.