The Cook County property tax system is constantly changing and contains numerous pitfalls for the unwary. Cook County has over 1,600,000 real estate parcels and is the second largest assessment district in the United States. The accuracy and predictability of its assessment practices has a direct impact on the economic vitality of the city of Chicago and it’s Cook County suburbs; and indirectly affects the vitality of the entire Chicago megalopolis.

A Brief History of PropertyTaxation in Cook County

The first Cook County assessment dates back to 1836 when the city of Chicago levied its first property tax. One of the first lawyers to ever contest a Cook County assessment was Abraham Lincoln, on behalf of the Illinois Central Railroad. The Illinois Constitution of 1870 formally authorized a tax on property and required that it be applied uniformly. The property tax soon became a chief source of revenue for the state of Illinois as well as local government.

The real estate market collapsed in 1932 and with it went the property tax system. In response, the General Assembly abolished the state property tax and instead enacted a sales tax to fund state government. The property tax was then left to fund local government and it was decreed that all counties with a population of 250,000 or more would have an Assessor. 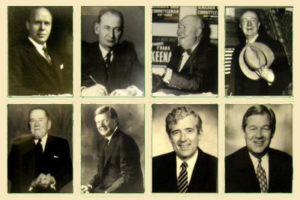 The Cook County property tax system has been known to be inconsistent. In the February 26, 2006 edition of the Chicago Tribune,  then Assessor Houlihan described his assessment process as a “Mystical Maze”. At the time, it seemed that he was serious.

The property tax will continue to provide the bulk of local government funding. Future property tax increases will be in the form of more aggressive assessment increases and rate increases.