Average home prices in Cook County are 31% lower today than in 2007. Meanwhile, property tax bills have increased by 22%.

Cook County’s chief financial officer is floating the possibility of future property tax hikes, according to WBEZ. And a spokesman for Cook County Board President Toni Preckwinkle said she expects an independent commission “to review this matter in the near future.”

Discussion of property tax hikes should be especially concerning for Cook County homeowners, who have yet to recover much of the home value they lost after the 2007 housing market crash.

Average home prices in Cook County are 31% lower today than in 2007, adjusted for inflation, according to the most recent data from the Federal Housing Finance Agency. And even though homes are worth less than they were prior to the Great Recession, property tax bills in Cook County have on average jumped by 22%, after adjusting for inflation. 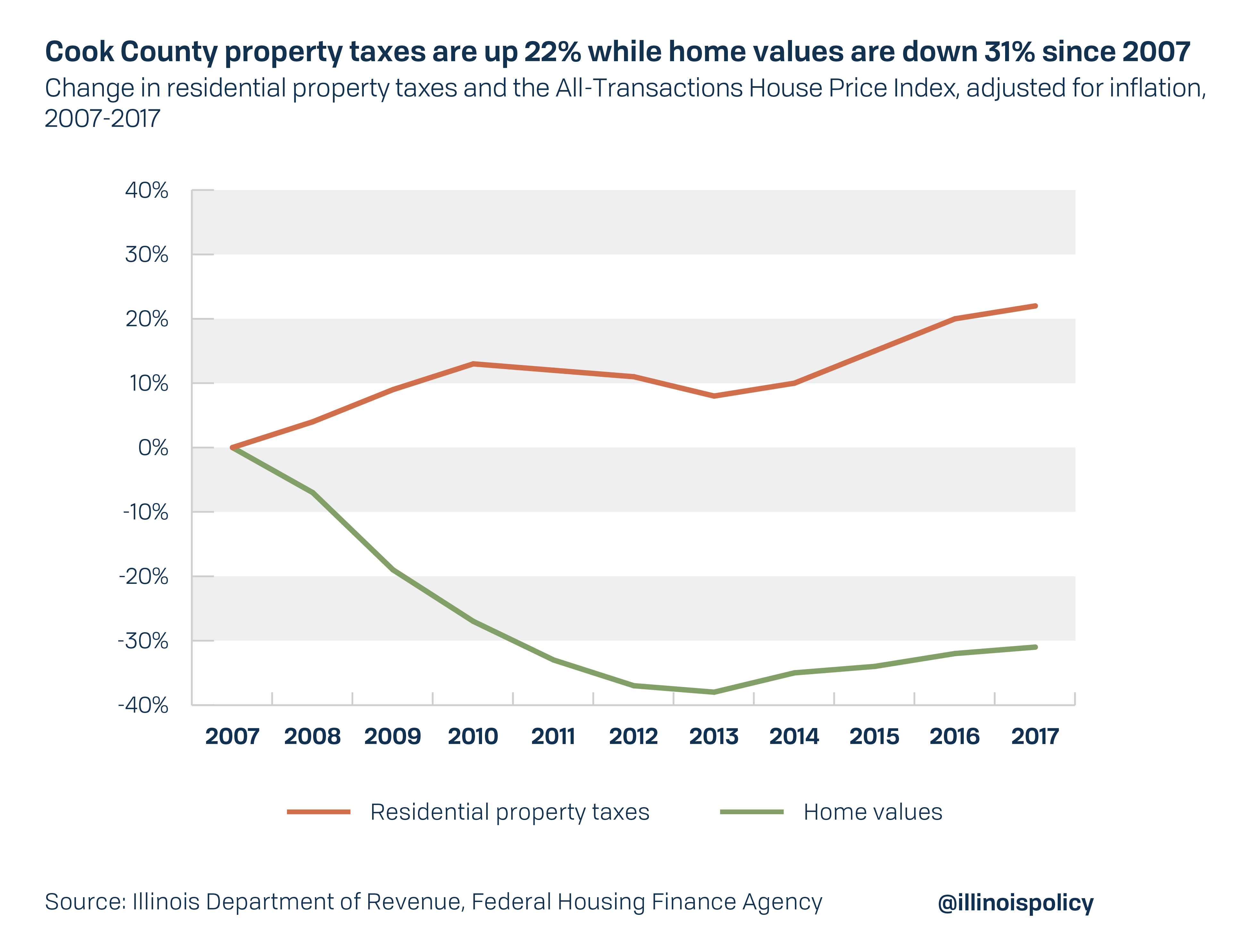 Cook County’s poor housing recovery is a national outlier: While home prices nationwide still have yet to return to their pre-recession peak, they are down just 5% since 2007. To put Cook County’s housing plight in perspective, its current decline in average home values is an alarming 500% worse than the nation as a whole.

With constitutional pension reform, Illinois can protect workers’ already-earned benefits while slowing the accrual of future benefits not yet earned – and eliminate the need for endless property tax hikes.

About the Author: Jack Fitzgerald