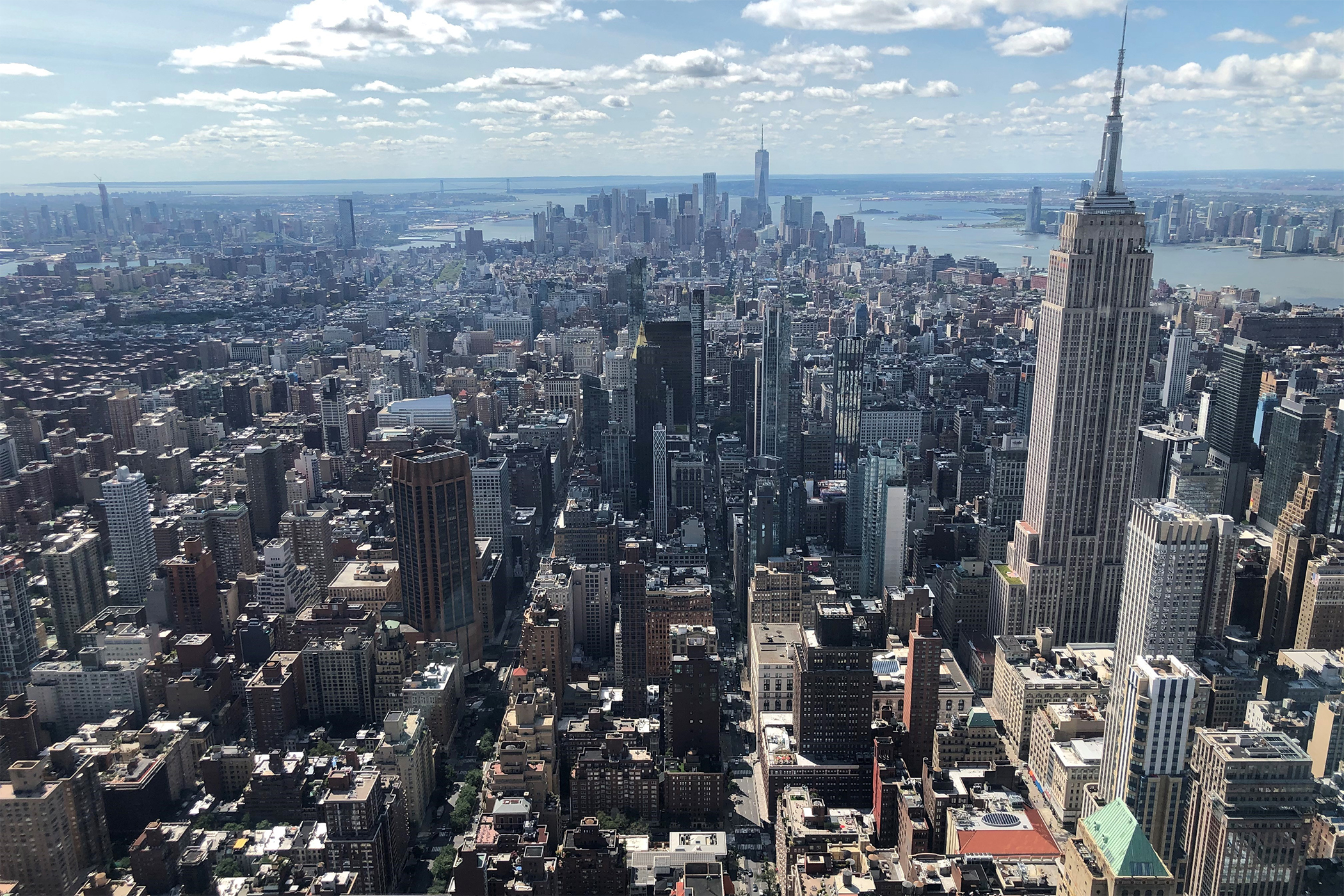 One-third of major employers in New York expect they will need less office space in the next five years, a discouraging sign for the troubled office market.

In a discouraging sign for an office market itching to recover from COVID-19, one-third of major employers in New York City now say they expect they will need less office space in the next five years.

While many top-tier buildings have been steadily drawing tenant demand, the survey signals that less expensive properties that aren’t benefiting from the much-cited “flight to quality” in office space could face a challenge. Some 34% of companies expect they won’t need as much office space in New York, according to a survey conducted between Oct. 19 and 29 by the Partnership for New York City, a group representing business leaders and the largest employers in the city.

The percentage is even higher in certain sectors. For instance, with many accounting firms embracing full-time remote work, including juggernaut PwC, the survey found 86% of accounting firms polled said they expect a reduction in office space, followed by 43% of public relations firms and 38% of tech firms.

This is the first time the business group asked employers if they were expecting a decrease in office space requirements since it began to survey them last year on return-to-office updates, a spokesperson told CoStar News. The survey didn’t ask if employers were planning to increase space.

It’s not just office real estate that employers are planning to cut. Some 13% of companies also expect to reduce their New York-based workforce in the next five years, led by 22% of financial service firms, according to the survey.

With the delta variant having derailed and postponed some employers’ original return-to-office plans, the survey found the remote working trend is “here to stay.” Only 28% of Manhattan office workers are back in the office on an average weekday, with the percentage who’s in the office five days a week at a slim 8%. More than half of the workers, or 54%, remain fully remote, the survey found.

The group’s previous survey found 8% of employees had returned to the office as of mid-August.

By Jan. 30 of next year, the most recent poll found, companies expect only 49% of workers will be back in the office on an average weekday, with 57% in the office at least three days a week. More than a fifth, or 21% of workers, will remain fully remote by then.

While nearly half of the companies blamed the status of COVID-19 as the key culprit behind the slow return-to-office pace, 33% of companies said their employees’ preference for remote work was a primary driver, a rate that’s more than doubled from its June survey. The perceptions of public safety — particularly in midtown Manhattan — also remains a factor affecting the office use rate, the survey found.

Other data shows, some signs of rebound aside, those who have returned to the office remain in the minority.

Security firm Kastle Systems’ latest weekly keycard data released Tuesday shows an average of 37.8% of workers, a record level since the pandemic, returned to the office in the 10 major cities it tracks. In New York, office use rose to a record 33.9%, a jump of nearly 4 percentage points from the prior week and the highest rate since March 2020.

“While more companies plan to return in 2022, a more hybrid workforce signals that the office markets recovery will likely take some time as companies readjust their real estate needs to accommodate this new way of working,” said Victor Rodriguez, CoStar’s director of market analytics in New York. “While new leasing activity has improved throughout the year, office availability stubbornly remains near an all-time high as projects continue to break ground and tenants leave their existing spaces for more modern buildings.”

Leasing activities have increasingly pointed to a tale of two cities, with some tenants leaving subpar offices altogether and other financially successful tenants moving into new or renovated properties they hope will attract talent or lure employees back into the workplace. Some leases have also pointed to tenants willing to pay top dollar even as the market’s average rent continues to decline.

For instance, One Vanderbilt, the new trophy tower of Manhattan’s largest office landlord, SL Green Realty, that opened in September 2020, has topped its leasing goals and commanded some of the highest rent the city has seen this year.

Third-quarter office leasing volume in Manhattan rose 60% to 7.23 million square feet, the biggest jump in quarterly leasing volume since 2013, while the availability rate dipped slightly to 16.8% in its first quarterly decrease since the second quarter of 2019, according to a report from brokerage firm Colliers International. However, Manhattan’s average asking rent saw its sixth straight drop to $72.74 per square foot, the lowest quarterly average since 2017.

The Colliers report also found that the net change in occupancy, or so-called net absorption, in the third quarter turned positive for the first time in two years, even though the net absorption over the past 18 months through the end of the third quarter totaled negative 36.60 million square feet, larger than the entire downtown Los Angeles office market of 35.44 million square feet.